You’ve got your business established, the website is performing nicely, it just needs a little extra promotion. There’s a few giants in the market of digital advertising to consider, but the two most serious players are of course Google AdWords and Facebook Ads.

How Does Google AdWords Work?

Google Adwords is a paid search platform, which focuses on the targeting of keywords and text-based advertisements that appear alongside the organic results on Google’s search results pages (SERPs).

With PPC (pay-per-click) advertising, businesses pay for the opportunity to draw traffic to their site or app based on the search queries users are typing into Google. The actual amount paid for each click will differ based on a number of factors and works like an auction each time – you can set a maximum bid and budget though so don’t worry! You’ll never end up spending more than you’re comfortable with.

The Google Display Network allows you to target new and existing audiences with text and image ads. You can specify which websites to show your ads on, or let Google ‘decide’ for you based on the content of the website and therefore it’s likely relevance to your audience. You can pay for your clicks with the PPC method, or, you can choose to pay a set price per thousand impressions (CPM) which means you don’t necessarily get the guaranteed traffic, but you can get more eyeballs on your ad which could be what you’re after to increase brand awareness.

Instead of using keywords and search queries like Google AdWords, the Facebook Ads platform allows businesses to target users based on their online behaviour and interests.

Advertisers can even upload customer information to their Facebook database to either target them directly, or find similar people to their customers to target (these are called Lookalike Audiences). They can also target audiences by key demographics such as location, age, gender, interests, level of education, job title, industry, marital status or even by the age of their kids.

Now that you know about the two services, there’s another question – which one is better to use to promote your business?

There are pros and cons of both services: Pro: Scope of the audience

Google is the most popular search engine, and Google Adwords is the world’s largest pay-per-click advertising platform. Google processes more than 40,000 search queries per second, or 3.5 billion per day. In other words, using Google Adwords gives you access to the biggest search engine audience. This will greatly increase your potential for new customers.

Google Adwords allows businesses to target the “ready to buy” audience. This segment of the audience are likely already aware of the brand and have an immediate need for a product. Being able to target an audience that is ready to make a purchase generally increases your chances of making a sale.

Paying for clicks is good if you want people to see your ad. However, it means you’ll pay every time someone clicks the ad, whether it converts or not. You may end up paying for visitors who never intended on buying your product or service. If you haven’t targeted your Google Ads campaign correctly, this can quickly get expensive.

Like Google, Facebook has a huge audience available for advertisers. Facebook boasts 1.71 billion monthly active users. Without even counting inactive or infrequently used accounts, that’s already more than one-fifth of the global population. Facebook users voluntarily upload their information, which is great for marketers. Having users demographics helps being able to target specific audiences, which is especially helpful for those with micro targeted audiences.

Facebook is inherently visual. Facebook has had a strict rule of only showing ads with less than 20% text. If your ad has more text than this, it will be rejected. This strict rule has been relaxed this year, but still means the ads are predominantly graphics. This means businesses have to get their creative side out to stand out from the rest of the photos and ads on Facebook.

Unless you’re paying for it, no one is seeing your ad on Facebook anymore. People are liking more and more brands, and as a result there is an increased amount of content in their timeline. Facebook’s algorithm decides what content is important or valuable to the user. Therefore it’s harder for your ad to be seen. So all that time you spent coming up with a great visual ad might all be for nothing, because it’s not being seen by your audience.

If you’re company is the latest popular trend, then you’re set with Facebook Ads. Facebook’s algorithms will promote content that users find interesting. If your company is something people would consider ‘boring’, it’s going to be more difficult to appear in timelines. Likewise, companies that Facebook place restrictions on face similar problems. Facebook restricts content including alcohol, weight loss and adult related products. Companies within these industries will find it increasingly difficult to reach their audience using Facebook Ads.

But does digital advertising really work? 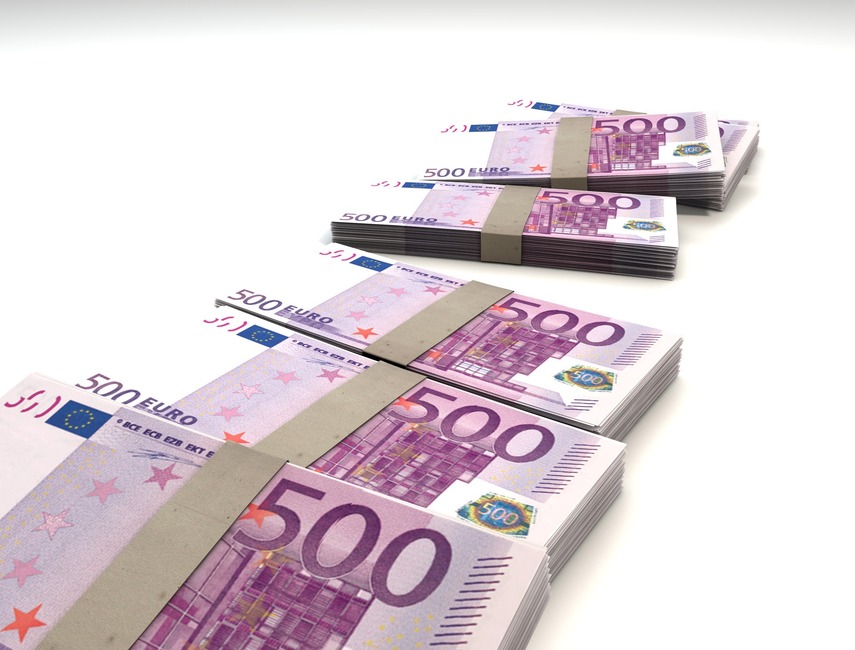 If you’re still questioning whether they really work, you only need to look at how much Facebook and Google are raking in annually. In 2015, Facebook made a $1.6 billion profit, with 80% of that coming from mobile ad revenue. This highlights how many businesses invest in advertising with Facebook. Meanwhile, in 2015 Google made a whopping $75 billion in revenue, with most of that coming from AdWords. The proof is in the profit – if the service didn’t work, customers wouldn’t come back.

Of course, you don’t have to pick one service over the other. There are many benefits if you are able to correctly use the two tools cohesively. You’ll have access to the largest audience, be able to use both text-based and visual ads, be able to sell your product or service to both those who are already interested while still raising awareness. Not using either of these tools means your business is seriously missing out on its profit potential.

So, should you ditch traditional marketing in favour of digital marketing?

There are many advantages to digital advertising:

– Results are easier to measure: you don’t have to wait weeks to report on the results of your campaigns anymore. Now, you have data right at your fingertips, able to be accessed instantly.

– Larger audience: Facebook alone has 1.71 billion active monthly users. You’re not going to get that type of exposure anywhere else.

– Reduced cost: instead of having to invest in costly television, print and radio ads, you can put your money and effort into a digital advertising campaign. This could potentially be significantly cheaper.

– Easy to refine: You can’t do much if your television ad isn’t targeted at the right demographics. Sure, you can pay for a different timeslot, but you’re not going to reshoot the ad if your customers aren’t responding. It’s much easier to tweak your online campaigns.

So, that all sounds pretty great and straight forward, right? Are you excited to dive in and start reaping the rewards of using Facebook Ads and Google AdWords for your own business? Great! But be warned, it’s not as easy as it seems; there are a few ways businesses can get these tools wrong:

– Not grouping keywords together: The biggest mistake people make with Google AdWords is not using ad groups correctly and showing everyone the same ad. Make sure to really think about the intent behind the keyword, its semantic connection to other parts of your campaign and get the fit between keyword, ad copy and landing page super tight and on point. Google will reward you if you get this right!

– Expecting too much: Some companies will expect instant results from Facebook Ads or Google AdWords, and often on a small budget. If your budget is too small you’re not going to get very far. You won’t be able to test your ads, and will also run out of money sooner. This means your campaign will be smaller. Not having enough money in the budget will mean there’s less results, and it will feel like you’ve just wasted your money. To get optimum results, make sure to have enough budget allocated to Facebook Ads and Google AdWords. Remember, results take time, don’t expect them the next day.

Unlike the battle of David Vs Goliath, with Facebook Ads Vs Google AdWords, is there really a clear winner? With every company, one is going to outperform the other. It really depends on how well you set up your campaign beforehand. If you know your target market, have the right budget, and are using the tools correctly, businesses can expect to be able to utilise both tools to their advantage and achieve optimal results.