I’m busy. I’m so busy I recently employed two new university graduates to take the weight of the day to day creation and optimisation of clients’ AdWords accounts, as well as assist with Facebook and SEO implementation. Pretty broad set of skills to be disseminated. Now, the idea of expanding my team has been around since I took this position earlier this year. It was discussed in my interview, planned from the beginning, and in my heart I’ve wanted a team of mini me’s for years. What’s the point in being ridiculously good at something if you’re not imparting the knowledge and helping others grow?

I managed a team previously at my old job, having inherited a team of two staff with approximately a month’s experience each, and a client database that would push even four veteran Client Managers to the brink of sanity. Immediately I requested more staff and it only took almost a year of churning client and Client Managers before upper management deigned it worthy to quadruple the size of the team in order to manage the workload.

They also chose the team that worked underneath me, with no input from me or what I look for in my team mates. Interesting in theory, like they were maybe trying to surprise me into creating a successful team. Either that or there was some other motivation that I won’t speculate on, but probably has something to do with the ideological differences between me and the department manager. Ideologically I didn’t like him and he liked himself a lot.

In the early days of my tenure here, I created a training manual that was originally designed to train clients in the art/science of AdWords, including my own “Core Theory”. The idea being that I’d charge people to learn the skills associated with a successful AdWords campaign. We moved away from this concept of training clients, but I kept my training manual in Google Drive.

Our client database grew as a result of streamlined AdWords and our Sales Onboarding Processes, both of which I was involved in, both of which resulted in me being busy. Vis a vis, the opening paragraph. I needed another staff member.

Interviews were a mixed bag. We all know that embellishing on your resume is a thing, but asking for the top range of salary because you have “experience” then proving your “experience” is little more than having seen it at university is not a thing. We almost had an “on the spot” hire, but there was an application that stood out from the rest still to be seen. His cover letter was written in our “brand voice” because he’d researched our company thoroughly, as well as showed desire to learn the craft. We ended up hiring him, as well as the “on the spot” her. Serendipitously, she had been working for her current employer for 6 years, which meant that there was a long 3 week notification period to be served. He, on the other hand, was available immediately. Unintentionally we had stumbled on the best and most complete training schedule to have been devised.

I was able to download a significant amount of knowledge into his “eager young mind”, to quote Russel Crowe playing John Nash in A Beautiful Mind, because I’m not sure if John Nash ever actually said that quote. Considering we have a small yet diverse client database at varying stages of development, we were able to cover my own “Core” theory and put into practice a variety of strategies and concepts related to it, while also allowing him to learn from the Google Partner site.

Thirst for knowledge, combined with a genuine desire to understand business, particularly as it related to the ideas he had extrapolated from the data he was analysing meant that he asked all the right questions and was devising strategies that were well beyond the average AdWords manager. He subscribed to blog after blog, forum after forum, and any digital marketing information he could find. He devoured article after article about best practice and more.

And then Kyla joined us. 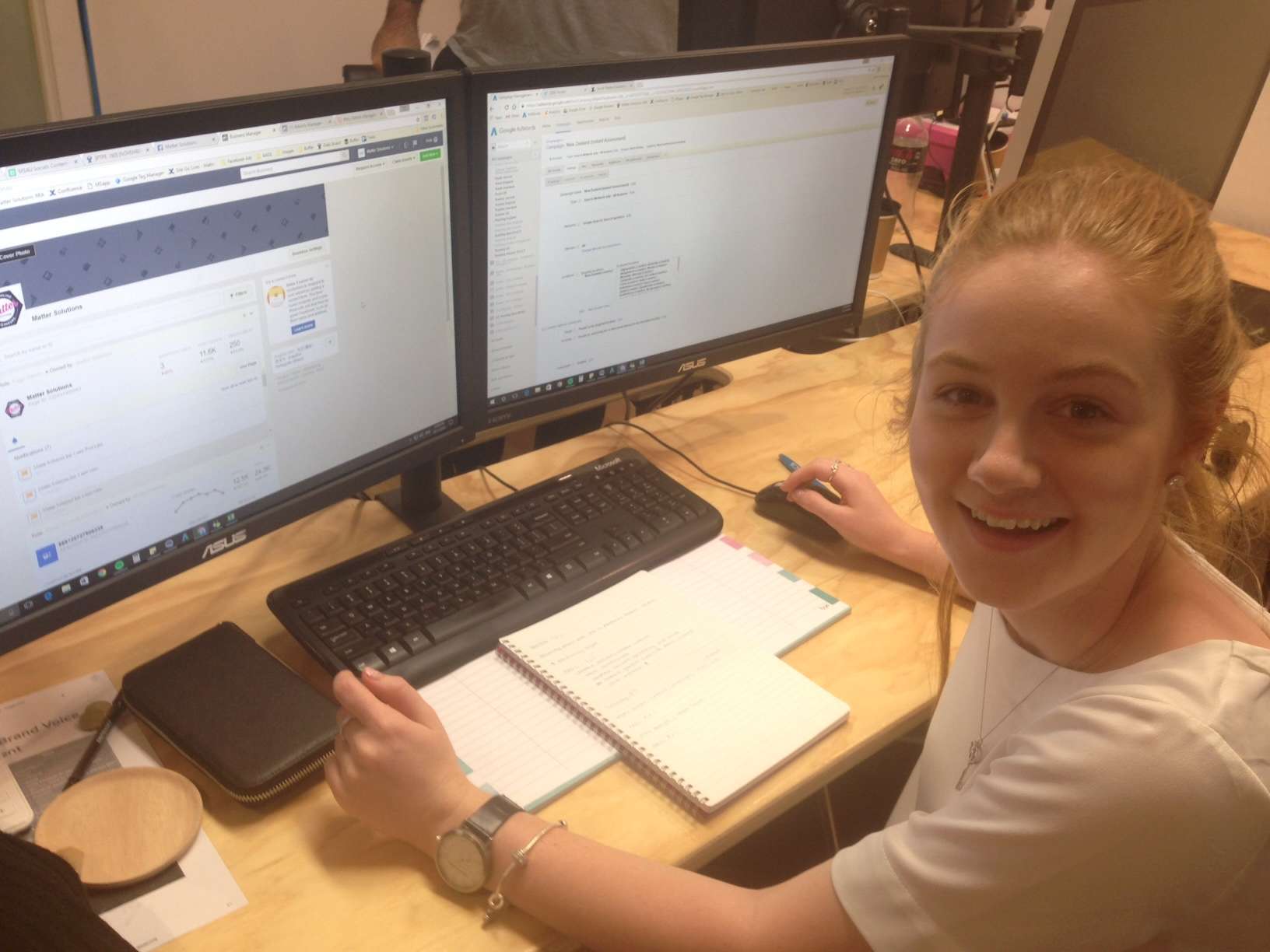 The initial training on my “Core” theory and a few other conceptual ideas came from me, but it was amazing how easily James was able to field the technical questions, or the procedural questions, or simply the questions regarding the interface. It freed me up to address the Account Management questions, such as how to address a crisis, or simply how to show a client you’re doing a good job without having to humblebrag all the time.

James’ AdWords knowledge assisted Kyla when she first began while he had a larger database with some bigger clients that required attention, which is likely how he learned so quickly. As Kyla’s time was not as burdened, she began to learn the details of Facebook Advertising. Right now I am sitting across from Kyla teaching James how to create Facebook Advertising campaigns.